Composer, teacher and performer Doctor Noize teams up with orchestras large and small to interactively inspire kids and newcomers to explore the worlds of classical music and the symphony in the hippest, most inclusive way imaginable.

Award-winning composer, teacher and performer Doctor Noize graduated with Distinction and Honors studying classical music at Stanford, but don’t let that fool you — his Symphony Shows are crazy, interactive fun.  Audiences sing, dance and connect with the orchestra, and leave wanting to explore more. Two programs are offered:  Phineas McBoof Crashes the Symphony, from the acclaimed musical recording of the same name, and Doctor Noize Goes Bananas!, taking kids on a tour of music history to decide that the future of orchestral music is gonna be a wild ride.

But... are these shows are impactful beyond the spectacle?  Pictured is Eric Whitmer, chosen from 1,000 kids at a Doctor Noize Symphony Show in Chico, CA to come onstage and learn to conduct the orchestra on the spot.  Eight years later, Eric contacted Doctor Noize.  He said he had learning differences, and decided, on that day, he would go to a top college and join an orchestra.  Eric graduated from a Top 15 academic school and became the timpanist in the very orchestra Doctor Noize brought him up to conduct as a kid: 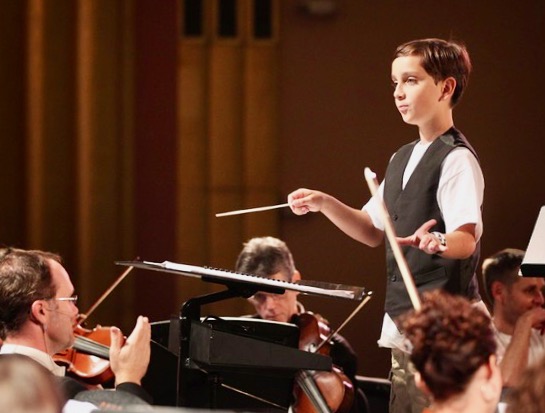 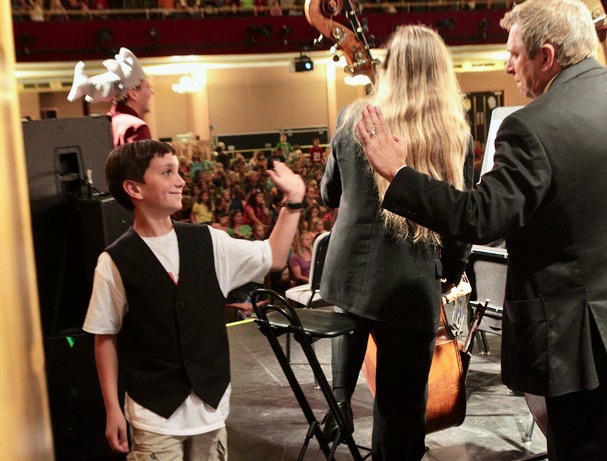